What can we expect from a new POTUS?

The world held its collective breath during the recent US election. 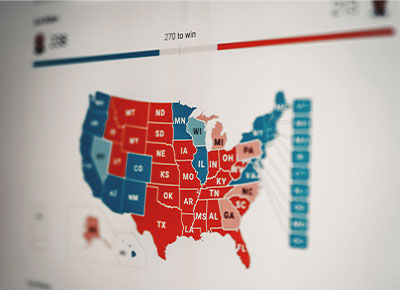 Markets were forecasting a new Democrat president, along with a ‘blue wave’ of power in the House and Senate that would give Democrats the power to easily pass new legislative changes.

Of course, as with any good drama, the election didn’t go quite as anticipated.

Prior to the election, large institutions were calling for higher interest rates on the back of up to $3 trillion more in fiscal stimulus; increased regulation around the technology sector holding back tech stocks after their spectacular year; and global trade was forecasted to pick up as a result of more accommodative foreign policy (with the exception of China).

Although it’s pretty much expected that Biden will take over the Oval Office from 20 January 2021, he will likely face a Republican controlled Senate and divided government, potentially limiting his ability to make major legislative changes.

With Biden in office, we expect the following policies to shape markets over the next six to twelve months:

Markets have reacted favourably to the election results so far, but volatility is likely to remain until a coronavirus vaccine becomes widely available and further fiscal stimulus is provided to keep the economic recovery from cooling down.

Over the long term, elections have little impact on returns and therefore we’ll continue to position portfolios for the trends that will persist over the next two to five years.

What happened to the markets in October?