You’re back! … fantastic. If you are just tuning in now, here is a link to the previous chapter.

Like most young adults, I moved out of home and went flatting with friends. What could possibly go wrong…?

Going flatting with a group of friends was the ‘normal’ thing to do at my age. All my friends were doing it.

I didn’t mind paying rent of $165 p/w because this would mean I get to spend time with my friends all the time, how cool! I didn’t take into consideration that not only did I have to pay rent, I would have to pay for power, gas, internet etc, but being 21 this didn’t matter to me, I was just happy to be doing something new. 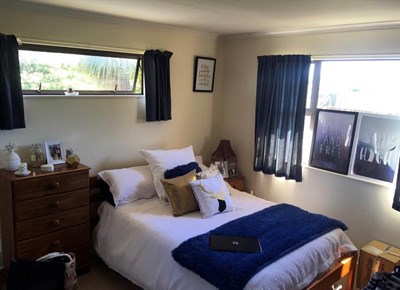 This is a term that I used quite often when flatting. If my flatmates wanted to eat out, so did I. If they wanted to purchase new joint things for the house - I definitely did!

I was always on the hunt for new accessories for my bedroom.

This made my room look AWESOME but unfortunately, wasn’t cheap.

I was becoming a shopaholic.. I was always someone that did what I wanted and wouldn’t let money get in the way. I would go on impromptu holidays, travel overseas, buy whatever clothes, handbags or shoes I wanted and was proud I was earning money so I could do this.

But eventually it became like an addiction, I was spending more than I earned, and ended up dipping into my savings.

Debt was something I had never had before. I ended up getting both a credit card and an overdraft, as these were preapproved for me.

If I’m honest, I can barely remember getting into debt, it happened so fast, I went from $10,000 in savings to $10,000 in debt in a really short time. I ended up being someone who saved regularly to someone living paycheck to paycheck, and this is not where I wanted to be!

Telling my parents I was $10,000 deep in debt was the hardest thing I’d ever had to do. I knew they would be disappointed in me as they knew I was committed to saving. When I worked up the courage to tell my parents, they were fuming – as I expected.

However, they did want to help me get back on track, so my Dad agreed to pay my $10,000 debt off for me as this was getting charged interest on each month. Although 7% interest doesn’t seem like much compared to some of the interest rates out there today, it was a lot at the time – as it was debt I could redraw on and I was only making the minimum payments.

My Dad and I had an agreement: I would pay him off each payday and the loan would be interest free. It came with a condition though…I wasn’t allowed to purchase any more handbags for the duration of the loan. Aaaaargh!

It took me years to repay my debt to my Dad. And for what? Some fun times, nice shoes and a handbag collection? Was it worth it?

As much as I love shopping (and I do!) my advice is this: stop and think about what you’re spending your hard-earned money on. Is it worth getting yourself into debt over? Do you really need all those handbags and shoes?

Don’t get me wrong – I still treat myself, but I make sure I save for the item I want first, rather than adding it to the credit card. It’s much easier than it seems to quickly rack up debt. I still believe that a credit card is good as a backup option if you ever need it – but you must have the willpower to not overspend.

And if you are in debt? Make a plan. Talk to someone you trust, work out a budget (Booster’s mybudgetpal can help with that!) and start repaying that debt as fast as you can.

Read the next chapter in Grace's journey - Chapter 4: Getting back on track >