Recently I had the pleasure of flying up to the sunny Bay of Plenty to visit Motiti Island.I joined the winners of our ‘Win a trip to Motiti Island’ competition, Neil, Claire, Jayne and Anne, to show them around the avocado orchard at Sunchaser – one of Booster Tahi Fund’s investments – so they could see for themselves a slice of New Zealand that they are invested in.

We landed into Tauranga and were greeted by Sunchaser’s Managing Director, Mark Yortt and his wife Robbie, who were going to be our hosts for the day. With the sun beaming down on us, I was glad I committed to flying out of Wellington in shorts and a tee. Clear blue sky and a bit of heat behind the sun, the day was sure to be a stunner! We transferred over to a smaller airstrip where our two private planes were waiting to transfer us on our 10-minute flight from Tauranga to the grassy landing strip on Motiti Island. After an incredibly smooth flight over the sunny Papamoa Bay, we landed right in the middle of towering avocado trees and a large collection of beehives. I was immediately struck by how quiet and peaceful the island was. The only sound we could hear was the gentle breeze in the avocado trees and the buzz of some beehives nearby. Such a nice change from the busy life in Wellington! We met a couple of the orchard workers who welcomed us to the island and talked about their roles on the orchard, one as an avocado harvester and the other one of the lead beekeepers. 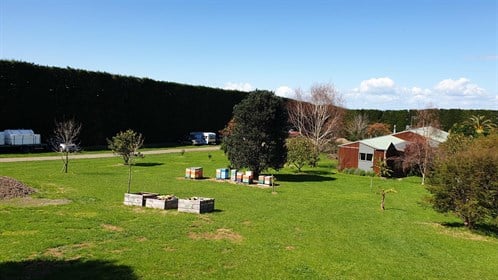 Mark mentioned that they had recently started developing their local beehives on the island to as a part of the continued goal for self-sufficiency and efficiency of the orchard. Rather than transporting bees over from the mainland for pollination and sending them back every season, Sunchaser have started developing their own naturally occurring ecosystem with 600 beehives permanently on the island and counting. This was an amazing strategy for the orchard but did leave me slightly nervous being allergic to bee stings on a remote island full of them! Mark assured me I would be fine as one of his other keepers is also, ironically, highly allergic so they are prepared should anything happen. 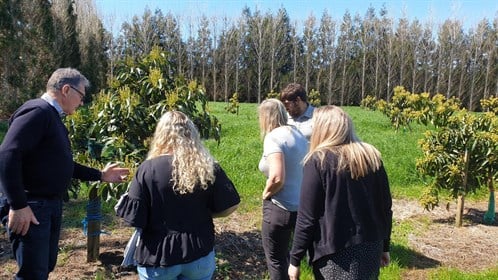 We all piled into one of the island’s vans and headed up to the Manager’s house for quick coffee break and to map out the rest of the day. We set out to see some of the newer plantations where Mark described the strategy behind the spacing and growth cycles for turning this section into the massive canopies that we saw when we flew in. He also showed us the difference between the fruit and pollinator trees and their precise placement of the pollinator trees amongst each section to encourage bee activity throughout the whole orchard. 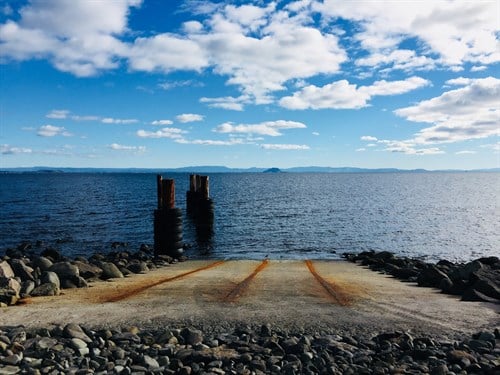 We then took a break for lunch back at the Manager’s house prepared by Robbie and featuring fresh avocados from the orchard (naturally!). After lunch we toured around more of the island where Mark and Robbie showed us the barge pad where their large, seagoing barge, Deliverance, comes into shore. The barge is an integral part in Sunchaser’s self-sufficient infrastructure and has roll-on, roll-off capabilities.

We also went further along the bay where he pointed out the ‘Golden Pohutukawa’ trees which are native to Motiti but sadly, were not in bloom. 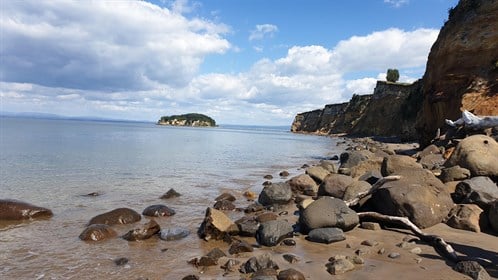 We also looked around some of the favourite recreation spots of the locals and workers where they come to fish, kayak or swim in their downtime. Most of the workers are on the island Monday-Friday but try to stay as long as they can for the idyllic lifestyle Motiti provides.

On the way back from the coast we stopped by the full-grown trees to see if we could spot any avocados that had been missed by the pickers. It started out a bit like picking a needle in a haystack with the fruit and leaves both the same colour.

After we got the hang of it, we all ended up finding a good handful or two each to take home for delicious souvenirs. Not a bad haul for being out of their traditional season!

Mark also pointed out the next areas for development to add to their 12,000 or so trees by turning farming land into new orchard sections. These sections are also separated by massively tall, hedge-like fences which help to shelter the trees from the wind and ocean elements. A part of their development plan is to improve the waterways and wetlands on the island which already looks like it is only going to improve the amazing scenery. 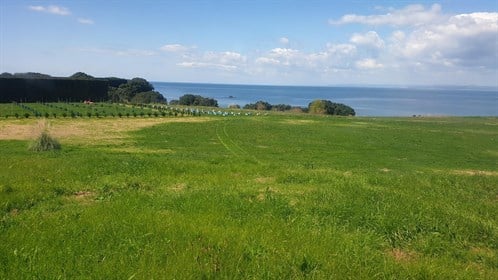 Sadly, all good things must come to an end and our time on Motiti was swiftly over. We drove back to the Manager’s house to collect our things and head out to the airstrip where our planes were ready to dart us across the stunning bay to the mainland.

We were all raving the whole flight about how fantastic the experience was and how it was hard to leave such a peaceful, relaxing island. 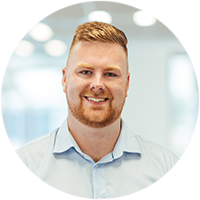