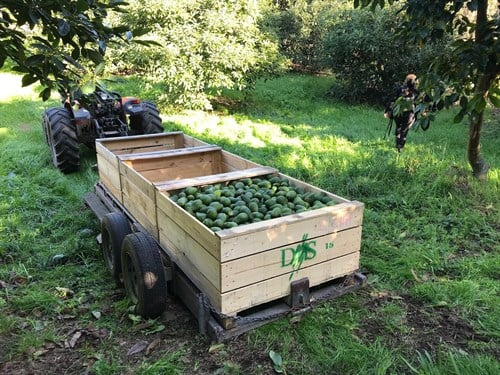 To remain at the forefront of avocado production, Sunchaser has developed the art of growing export-quality avocados on an island.

Booster's Tahi initiative gives Kiwi investors the chance to share in the orchard's successes, as it invests in local, New Zealand-based companies like Sunchaser.

Based on Motiti Island, in the picturesque Bay of Plenty, Sunchaser have adapted their orchard practices to make the most of their unique location — including establishing a colony of resident bees!

Purchased in 2004, Sunchaser’s Managing Director Mark Yortt and his team set about developing the 145ha Sunchaser property into an avocado orchard, with 95ha of the property planted so far.

Motiti Island enjoys a micro-climate that is ideal for growing avocados. Due to the sea’s moderating influence, soil temperatures remain high and Motiti is frost-free. Optimum avocado-growing temperature is around 29°C, and in summer, the island’s temperature rarely reaches over 30°C.

Farming on an island requires a bit of Kiwi ingenuity, and a number of self-reliant solutions. During the recent off-season, solar panels were installed to generate almost all of the orchard's power needs, with diesel-generated power now only used for peaks or as backup.

As part of the operation of the orchard, Sunchaser also owns and operates a roll-on, roll-off barge, Deliverance, to bring supplies onto the island and to freight fruit to market via mainland packing operations. 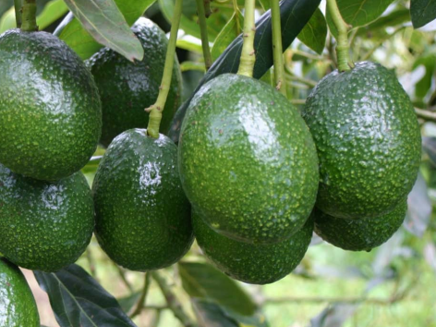 The mainland avocado export season normally runs from August to February and fruit is packed to suit the respective markets and shipped in refrigerated containers. New Zealand is recognised as a producer of high-quality avocados and commands a premium accordingly.

Sunchaser enjoys a unique climate which provides for early maturity. Over the past two seasons fruit from the island has been officially cleared for harvest in mid-May. This gives Sunchaser a distinct competitive advantage and most fruit has been sold and consumed in domestic markets — generally the first fruit of the new season.

“One of the advantages of Sunchaser is that we’re able to produce export-quality fruit ahead of time,” says Mark. “We can get our produce to the market before other suppliers.”

Clearance rates (fruit dry matter) were exceptionally good in May 2019, and tree health at the start of a new season was similarly strong. This reflects the efforts and focus of the orchard management team over the last 2-3 years. The same work lays the foundation for the next phase of lifting productivity and lowering year to year yield volatility.

During this time, they have also built the bee population up to nearly 600 hives, at which point the orchard will be more than self-sufficient for pollination.

In May 2018, Booster completed the purchase of a 50% shareholding in Sunchaser from the existing owners Mark and Gavin Yortt. 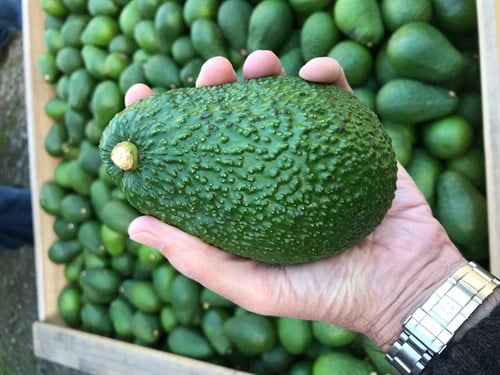 Developing an avocado orchard on an island isn’t without its own set of challenges, but Mark and his team have worked tirelessly to streamline their operations.

“We’ve enjoyed steady growth over the last 15 years, and the productive capacity of the orchard will increase still further as recent plantings (including clonal varities) mature and begin to produce,” says Mark.

Working around the challenges of avocado farming on an island is all part and parcel of Sunchaser’s self-sufficient ethos. Mark has plans to expand the number of avocado polliniser cultivars in the orchard, with 1000 additional Zutano and Ettinger Clonal trees planted over the past six months and further plantings planned. This will ensure Sunchaser maximises production potential, even if pollination is affected by sub-optimal weather or climate conditions.

Booster’s investment is helping Sunchaser to deliver their vision in a fast-growing industry.